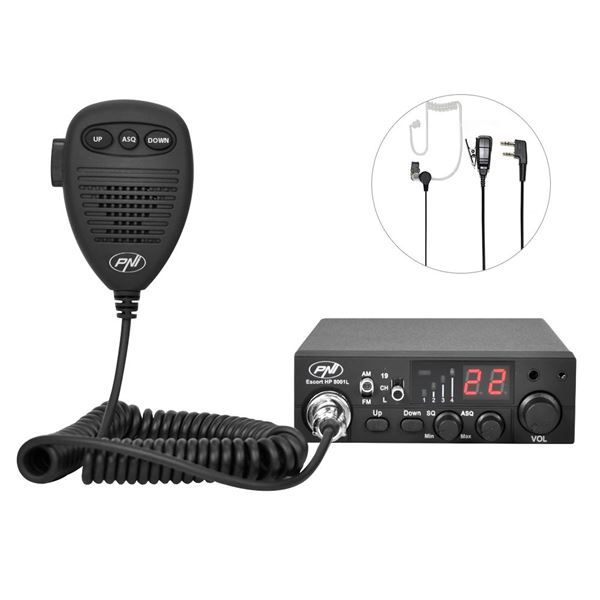 0 in your basket
View Basket Checkout

CB PNI Escort radio station HP 8001L has a switch on the front panel that allows the selection of the emergency channel (19), the normal operating mode (CH) and the activation of the key lock function (L) , a useful function in situations when touch is avoided. accidental station keys.

An innovation in the CB segment, the adjustable automatic squelch (ASQ), offers maximum comfort even for the most demanding users of CB car radio stations. If until now we were used to activating / deactivating the ASQ, now PNI brings its adjustment function, a function that allows to eliminate up to 100% of interference, background noise and jamming in the CB band.

The HP 8001L ASQ radio station has a standard 6-pin microphone jack on the front panel. The microphone included in the package has buttons for channel selection, PTT button and ASQ activation button.

The HP 8001L PNI radio station complies with the latest European CB standards. The station has a switch for modulation type change (AM or FM) which will allow you to select the operating mode.

The PNI HP 8001L radio station has plugs on the front panel for connecting a pair of headphones with microphone, included in the package.

Recommend this to a friend  +